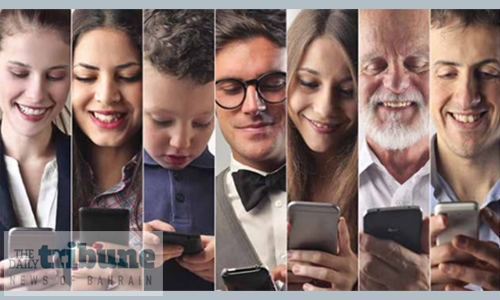 The apps you need in Bahrain

When BlackBerry released its first smartphones back in 2002, all it offered was just enough juice in the battery to make calls for up to 30 minutes a day.

But to do that, one had to keep the phone in the charging dock for more than 10 hours! And it weighs 1.1 kilograms! Martin Cooper of Motorola when made the first mobile phone call on 3 April 1973 that was the weight of the device he used. Dimensions were 23X13X4.45 cm.

Difficult to imagine, right? Especially in this era of super-thin, milligram phones. Obviously, things were not quite rosy back then. While smartphones continued to evolve breaking new dimensions, it took another two decades to develop the first application for smartphones. It was IBM Simon, who introduced the first mobile apps for smartphones to the world. We have come a long way since then.

Over the years, Apple’s App Store and Google’s Play store revolutionised the idea and now dominate the application landscape. However, in the beginning, when Apple launched its apps store in 2008, there were only around 500 apps. Later in 2018, Tim Cook announced that there were 20 million registered iOS developers catering for the 500 million weekly visitors to the App Store alone.

Though equivalent Android figures are not available for Google, unofficial estimates have put it above iOS in terms of developer volume. By any scale that is huge and all of them are currently focusing on over five billion mobile users in the world. Statistics say the App Store has 2.2 million apps, while Google play store has 2.8 million apps for download.

But, our question is where the Middle East stands in this app war. According to Go-Gulf, MENA region now accounts for 10 per cent of the global mobile app traffic and revenue generation. Bahrain, which has a population of 1,637, 896 as of 2019, according to internet world stats, enjoys 93.8 per cent penetration. i.e. there were 1,535,653 Internet users in Dec 2018.

But, the scene is changing fast with middle eastern governments fast recognising the role of apps in processing public services more effectively and without delay. Bahrain’s fast-growing mGovernment (mobile government) App Store is a pioneer in this regard.

As such, the service is divided into four main categories: information service (users can access government information, request data, register and generate reports), Interactive service (requires interaction between the users and governmental entities), Transaction service (involves the exchange of payment in return of a service) and Integrated service (requires data collection from multiple departments and governmental entities).

In short, the platform is a onestop-shop for mobile service apps by different entities in the Kingdom. 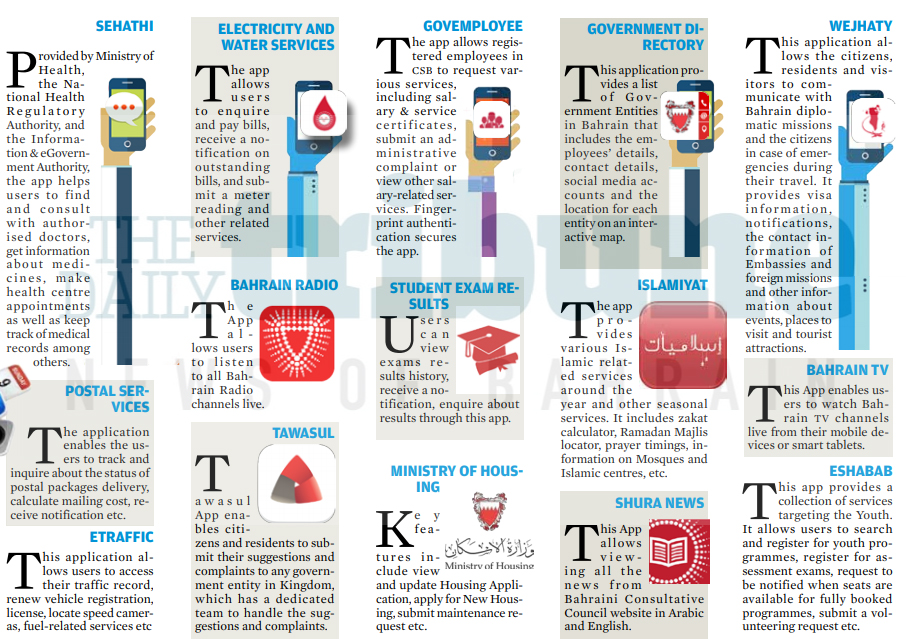 description of some of the apps available for download in Bahrain’s eGovernment Apps Store.