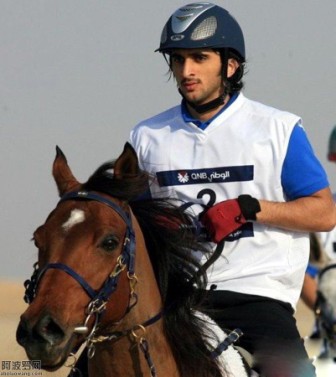 It’s said good people get an early call from God.

He was laid to rest at the Umm Hurair cemetery in Al Fahidi area, Bur Dubai, after a grand funeral procession. Funeral prayers were offered after Maghrib (sunset) prayers at Zabeel Mosque.

President Shaikh Khalifa bin Zayed Al Nahyan declared three days of mourning across the UAE, with flags at government departments and institutions to fly at half mast. Shaikh Khalifa expressed his heartfelt condolences and solace to Sheikh Mohammed. Work at Dubai government entities would continue as usual, according to the Dubai Media Office. It has also been announced that the schools will remain open.

Shaikh Rashid was born in Dubai and did his schooling at Rashid School for Boys. He then attended Sandhurst Military Academy in the UK, and graduated from there in 2002. He was an active member of Dubai Cares philanthropic organisation and a well-known sports figure.

He played a significant role in advancing sports in the UAE, the Dubai Media Office said, acting as chairman of the UAE Olympic Committee from 2008 to 2012.  He was a founding member of Dubai Sports and Cultural Club, for which he was chairman until 2005, when his brother Shaikh Ahmed bin Mohammed took the position.

Shaikh Rashid was an accomplished equestrian, having participated in international and local competitions and winning laurels for the UAE. He won two gold medals in the 120-kilometre Endurance Individual and 120km Endurance Team Mixed events at the 2006 Doha Asian Olympics.

He was also owner of Zabeel Racing International.

Dashti stays out of UN building