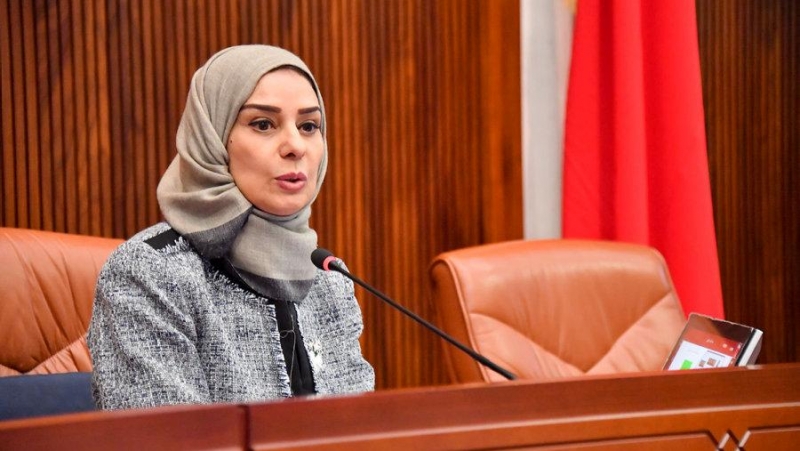 Representatives Council Speaker Fawzia Zainal has called for an emergent international stance regarding the recurrent terrorist attacks on tankers in the Arabian Gulf, the Gulf of Oman and the Strait of Hormuz. She pointed out that the repercussions of those criminal acts affect the whole world.

The speaker underlined the key role of the international parliamentary community in preserving security and stability and fighting all forms of terrorism. She called on friendly and allied countries to multiply efforts and step up measures to counter the terrorist threats, pointing out the need for the UN Security Council meeting on co-operation between the UN and the Arab League to yield practical results to deter the Iranian terrorism and curb the ongoing escalation.

The speaker described the terrorist attack on the oil tankers in the Gulf of Oman as a dangerous escalation, which requires a swift action to face the recurrent terrorist incidents perpetrated by Iran-backed Houthi militias in Yemen. She affirmed the unified stance of the Kingdom and brotherly countries against Iran’s terrorism, pointing out keenness on regional peace despite Iran’s hostile policies to foment tensions in the region.

The Shura Council yesterday condemned the attacks in strongest terms. It denounced the attack, which threatens regional security and stability, endangers the safety of maritime navigation and subverts sustained efforts to achieve international peace. “These terrorist attacks, which target vital oil facilities, have become repeated and organized,” it said, urging all countries to stand united, assume the responsibility of international security and peace and take required measures to protect international maritime navigation.

Forensic doctor ordered to be arrested in officer murder case