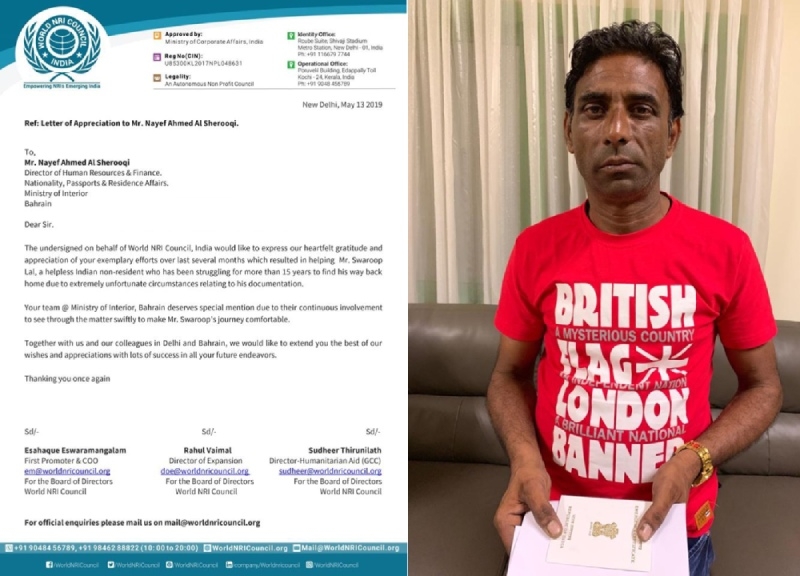 World NRI Council sent a letter of appreciation to Mr. Nayef Ahmed Al Sherooqi, Director of Human Resources & Finance at the Nationality, Passports & Residence Affairs, Ministry of Interior, applauding the efforts of him and his team in safely transporting an Indian expat who was stranded for nearly 15 years in Bahrain.

Hailing from Chhattisgarh in Central India, Mr Lal was found on the streets of Riffa, Bahrain, in a feeble state and suffering from a hernia.

Director of Humanitarian Aid Middle East at the World NRI Council, Mr Sudheer Thirunilath revealed that a call was received informing the presence of an India man found on the roadside in dire health conditions.

Mr Lal was immediately admitted in Salmaniya Medical Complex for treatment during which Mr.  Thirunilath along with Mr. Deepak Menon and ICRF official Rajesh Sharma made necessary arrangements for food and accommodation for Mr. Lal as they worked towards his travel back to India.