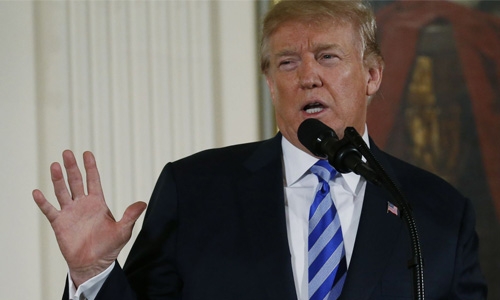 Washington : Senior Saudi, UAE and Qatar leaders will meet with U.S. President Donald Trump in the next couple of months, U.S. officials said, amid efforts by Washington to try to resolve a dispute between the Gulf neighbours.

The agenda will include setting up a Gulf Cooperation Council summit, the official said, which Washington hopes will be held later this year, as well as Middle East peace and Iran.

Washington is hoping to lay the groundwork for a summit by the summer.

“We would hope the dispute is resolved before the summit to allow maximum focus on other strategic concerns like Iran,” another U.S. official said.

The US and the EU have repeatedly called on the countries to engage in dialogue. The last US-GCC summit was held in May 2017, in the Saudi capital Riyadh, just before the crisis unfolded.  Qatar is host to U.S. and international forces at Al Udeid Air Base, which is home to the Combined Air Operations Center. The center coordinates an array of data and intelligence from satellites, drones, radar and U.S. planes flying over hot spots in the Middle East and bombing Islamic State positions.