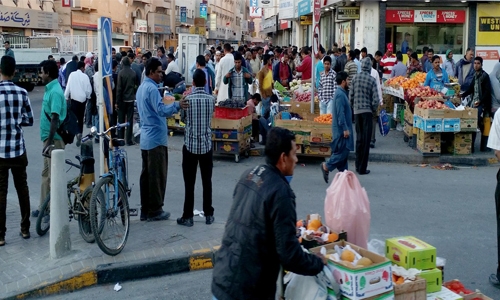 Manama : The Embassy of Bangladesh in the Kingdom has stopped accepting work permit applications, it has emerged.

The decision, according to a report, was made apparently considering the extremely high numbers of Bangladeshis working in Bahrain, especially the irregular workers.

According to the report, the numbers of Bangladeshi nationals working here in Bahrain illegally have crossed 50,000.

“The issuance of permits was temporarily halted because of reasons related to mistreatment and violation of Bangladeshi employment rights,” an embassy official was quoted as saying by a local Arabic daily.

The report also said the embassy is receiving more than 50 complaints, in relation to maltreatment on a daily basis.

The report further claims that most of the complaints are related to embezzlement, non-payment of wages and work permits cancellation.

Meanwhile, speaking to DT News, an embassy spokesperson confirmed, “The information is correct to a certain extent, though, we haven’t fully stopped issuing attestation for renowned companies.”

“Again, the ban is a temporary arrangement,” he confirmed.

The official further explained, “We want to ensure that all Bangladeshi workers are employed.

“Now, a large number of our people are left unemployed and have become illegal as per the system.

“We want the jobless workers to get jobs before bringing in more workforce from Bangladesh,” he said.

Citing mistreatment allegations, the embassy took similar steps earlier in 2015 and by the Government of Bahrain in 2008.

However, Bahraini authorities are yet to make any comments on the current situation.

‘Attacks were coordinated in Iran’