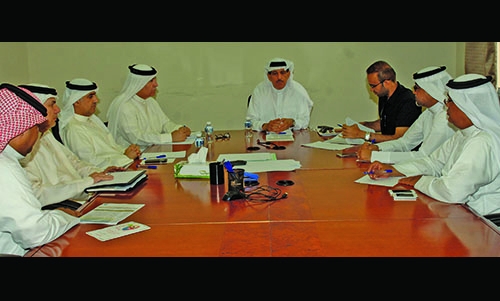 Salehi began by extending the greetings of HH Shaikh Nasser bin Hamad Al Khalifa, Representative of His Majesty the King for Charity Works and Youth Affairs, Chairman of the Supreme Council for Youth and Sports and President of Bahrain Olympic Committee.

He pointed out that these efforts, side by side with Shaikh Nasser’s support will continue to ensure the success of these championships achieved so far of which the next period will witness the final preparation stages for the championship kick-off. The listed agenda of the meeting was also discussed, following which the members explained their plans and strategies and additionally highlighting the importance of implementing the rules and regulations that are governing all the games in the championship.