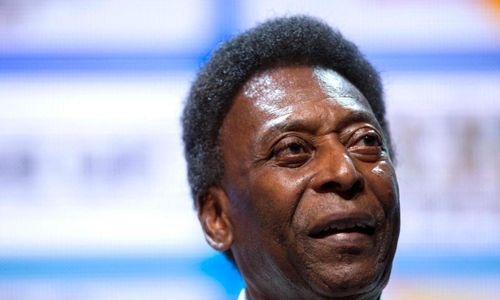 Soccer legend Pele has been moved to palliative care in a hospital, a Brazilian news outlet reported on Saturday morning.

Pele, 82, is "no longer responding to chemotherapy" and is being treated only for symptoms such as pain and shortness of breath, Folha de S.Paulo reported.

He was admitted to the Hospital Israelita Albert Einstein to re-evaluate his treatment for colon cancer on Tuesday and was later diagnosed with a respiratory infection.

"The medical staff diagnosed a respiratory infection, which has been treated with antibiotics. His response has been good and the patient, who is in the regular room, is stable with better healthy condition," the hospital said in a statement.

"The former player still be hospitalised in the next days to maintain the treatment."

Pele took to social media on Thursday night to thank his supporters for their well wishes during his fight against cancer. He had a tumour removed from his colon in September 2021.

"Friends, I am at the hospital making my monthly visit," Pele wrote on Instagram with a photo of a "get well soon" message displayed on buildings at the World Cup in Qatar.

"It's always nice to receive positive messages like this. Thanks to Qatar for this tribute, and to everyone who sends me good vibes!"