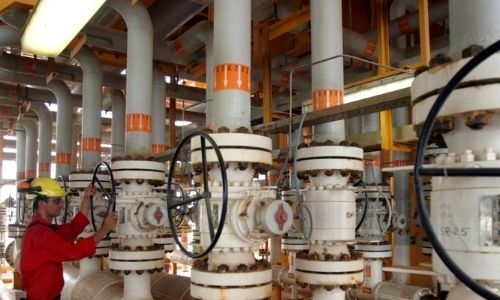 Iran’s oil minister has agreed to revive a long-stalled project to lay an undersea pipeline to carry gas to Oman, the Iranian state news agency IRNA reported on Saturday. Iran sits on one of the world’s largest gas reserves as Oman hopes to feed its energy-intensive industries and liquefied natural gas (LNG) export plants.

IRNA said the agreement to revive the project was reached during a trip to Oman by Iranian Oil Minister Javad Owji ahead of an official visit to the Gulf Arab state by Iranian President Ebrahim Raisi on Monday.

In 2013, the two countries signed a deal, valued at $60 billion over 25 years, for Iran to supply gas to Oman through an undersea pipeline. In 2016, the two countries renewed efforts to implement the project, and Iran said in 2017 that it had agreed with Oman to change the route of the planned pipeline to avoid waters controlled by the United Arab Emirates.

The project was subsequently delayed by price disagreements and U.S. pressure on Oman to find other suppliers before the United States withdrew from a 2015 nuclear deal between world powers and Iran, and reimposed sanctions in 2018.

Tehran and Washington have held indirect talks in Vienna over the past year to revive the nuclear agreement which led to the lifting of sanctions, but the negotiations have stalled.