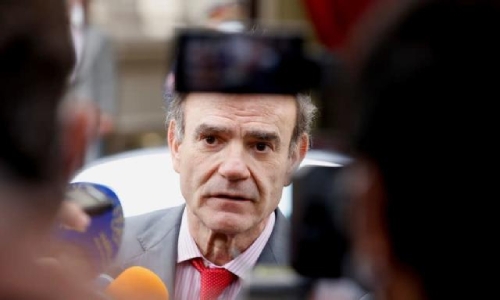 European Union envoy Enrique Mora, who is the coordinator of Vienna talks to revive Iran’s nuclear deal, said yesterday that the success of negotiations is still uncertain.

Mora made the remarks in a tweet yesterday following a meeting of the working group on the removal of US sanctions on Tehran.

Saying that more meetings were scheduled for the day with experts from the participating sides, Mora emphasised that uncertainty about the result is “logical in such a complex negotiation”. Mora also appreciated the commitment of the negotiating teams to reaching a final agreement.

Also yesterday, Russia’s top negotiator Mikhail Ulyanov tweeted about a meeting of the working group on implementation, which is set to coordinate the sequencing of steps on Iran’s nuclear activities and lifting of sanctions.

On Friday, French Foreign Minister Jean-Yves Le Drian said it is “vital” that Vienna talks “succeed” because if negotiations continue with the current speed there will be nothing left to negotiate about.

Bahrain Chamber of Commerce and Industry poised for another unique poll