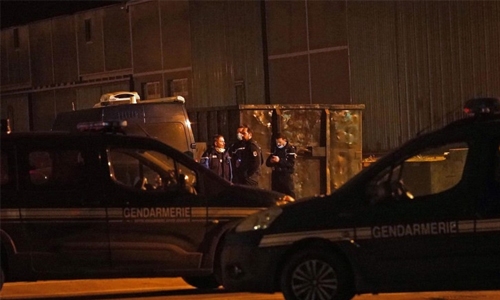 More than 30 migrants died after their boat capsized in the English Channel, French Interior Minister Gerald Darmanin said in Calais on Wednesday evening.

Thirty-one people died when the vessel sank, including a young girl, Darmanin said. A total of 34 people were thought to have been in the boat. Two have been rescued, he said, Deutsche press agency (dpa) reported.

Four smugglers who may have been involved in the failed crossing from France have been arrested.

French President Emmanuel Macron called for a crisis meeting at the European level, saying France would not allow the English Channel to become a graveyard or let smugglers put human lives at risk.

He demanded an immediate increase in resources for the EU's Frontex border protection agency.

A rescue operation is underway in the Channel by air and sea as French and British authorities search for anyone still in the water.

The emergency search was sparked when a fishing boat sounded the alarm earlier on Wednesday, after spotting several people at sea off the coast of France.

Earlier, French Prime Minister Jean Castex said the shipwreck was a "tragedy." In a tweet, he said his thoughts were with "victims of criminal smugglers who exploit their distress and injury."

British Prime Minister Boris Johnson called on France to step up efforts to stem the flow of migrants crossing the Channel, saying the tragic incident showed the operations that have taken place to date "haven't been enough," according to the PA news agency.

Johnson said he wanted to work with the French authorities to "demolish" the business model of human traffickers who was "literally getting away with murder."

Speaking to broadcasters in Downing Street, Johnson - who chaired a meeting of the Government's Cobra civil contingencies committee - said he was "shocked, appalled and deeply saddened" by what had happened.

"What this shows is that the gangs who are sending people to sea in these dangerous crafts will stop at nothing," he said.

"But what I'm afraid it also shows us that the operation that is being conducted by our friends on the beaches, supported as you know with 54 million pounds [71 million dollars] from the UK to help patrol the beaches, the technical support we've been giving, they haven't been enough.

"We offer to increase our support, but also to work together with our partners on the beaches concerned, on the launching grounds for these boats."

"That's something I hope will be acceptable now given what has happened."

Johnson suggested the French government had not always approached the problem in the way the British believed it should. "We've had difficulties persuading some of our partners, particularly the French, to do things in a way that we think the situation deserves," he said.

"I understand the difficulties that all countries face, but what we want now is to do more together - and that's the offer we are making."

Downing Street said in a statement that Johnson had spoken with Macron on Wednesday evening "following the distressing loss of life in the Channel."

The statement said that the leaders "agreed on the urgency of stepping up joint efforts to prevent these deadly crossings and to do everything possible to stop the gangs responsible for putting people’s lives at risk."

Downing Street said that Macron and Johnson also agreed it was important to work with partners across Europe to "tackle the problem effectively before people reach the French coast."

Several people are also believed to have reached Britain in small boats on Wednesday, with people seen being brought ashore in Dover by immigration officials.

The Dover Strait is the busiest shipping lane in the world and has claimed many lives of people trying to cross to Britain in inflatable dinghies.