Germany not yet prepared to recognise Taliban: Angela Merkel | THE DAILY TRIBUNE | KINGDOM OF BAHRAIN 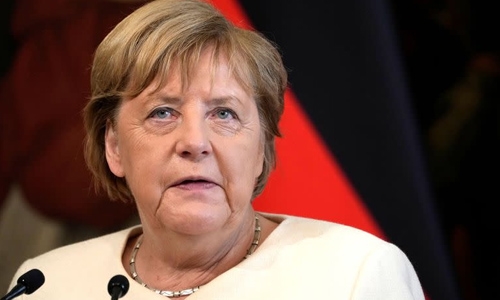 Germany not yet prepared to recognise Taliban: Angela Merkel

Germany is not yet prepared to recognise the Taliban as Afghanistan's government since it has not met the inclusiveness standards demanded of it, Chancellor Angela Merkel said, but she reaffirmed Berlin's promise of 600 million euros' aid.

Speaking after a video conference of leaders from the G20 group of large economies and other international officials, Merkel also said leaders also demanded United Nations agencies be given full access to provide humanitarian aid.

"We demand that all United Nations organisations have access for the humanitarian aid they wish to provide," Merkel told a news conference in Berlin on Tuesday.