Plane tips backwards at airport in the US, the airline says happened due to shift of weight | THE DAILY TRIBUNE | KINGDOM OF BAHRAIN 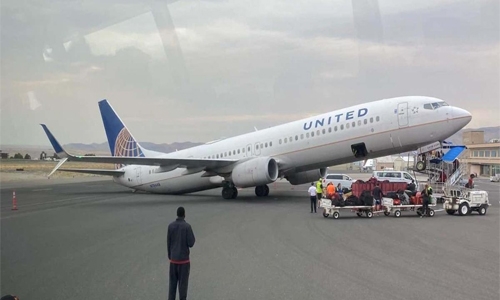 The United Airlines plane transporting the USC football team to Pullman ahead of their matchup against WSU was seen tipped on its back wheels while parked on the runway.

It was reported that almost half the team was still on board the plane when this happened.

United Airlines sent a statement regarding the incident to KHQ:

Due to a shift in weight and balance during the offloading process, the tail of the aircraft tipped backwards.

No injuries were reported among our customers, crew or ground personnel. The return flight will depart on a different aircraft as originally planned."