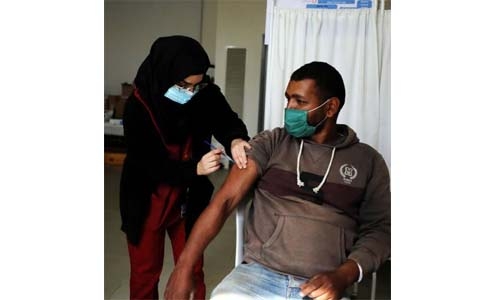 The Covid-19 vaccines delivered by Israel and then rejected by the Palestinian Authority over their expiration date were fine, the Israeli health ministry said on Saturday.

Israel and the PA on Friday announced a vaccine swap deal that would have seen Israel send up to 1.4 million doses of the vaccine made jointly by Pfizer and BioNTech to the PA in exchange for receiving a reciprocal number of doses later this year.

But soon after the announcement, the PA cancelled the deal and said it had sent an initial shipment of around 90,000 doses back to Israel. The PA’s Health Minister Mai Alkaila said the delivery showed a June expiration date, sooner than the July-August date that had been agreed.

The “vaccine delivery transferred to the Palestinian Authority yesterday was perfectly in order,” the Israeli health ministry said in a statement. The dates were known and agreed to by both parties, it said.

“The vaccines delivered to the Palestinians are identical in every way to the vaccines currently being administered to Israel’s citizens.”