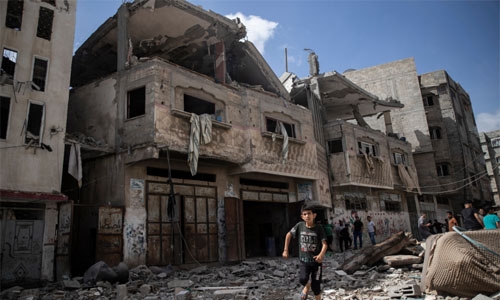 President Joe Biden’s administration approved the potential sale of $735 million in precision-guided weapons to Israel, and congressional sources said yesterday that US lawmakers were not expected to object to the deal despite violence between Israel and Palestinian militants.

Three congressional aides said Congress was officially notified of the intended commercial sale on May 5, as part of the regular review process before major foreign weapons sales agreements can go ahead. The sale was first reported by the Washington Post.

Congress was informed of the planned sale in April, as part of the normal informal review process before the formal notification on May 5.

Under US law, the formal notification opens up a 15- day window for Congress to object to the sale, which is not expected despite the ongoing violence.

The sale of Joint Direct Attack Munitions, or JDAMs, made by Boeing Company, was considered routine at the time, before the start last week of the fiercest hostilities in the region in years.