Indian Covid-19 strain found in 3 Mideast countries, including Bahrain: WHO | THE DAILY TRIBUNE | KINGDOM OF BAHRAIN 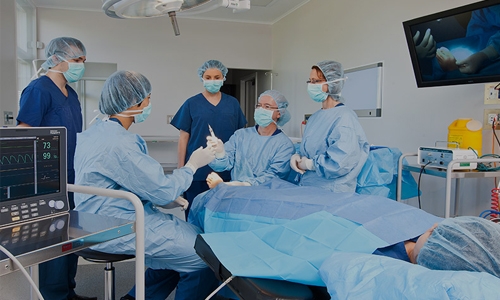 Indian Covid-19 strain found in 3 Mideast countries, including Bahrain: WHO

The new Covid-19 variant that is believed to have originated in India has already been reported in Bahrain, Jordan, and Morocco, a World Health Organisation (WHO) official told Khaleej Times.

Dr Amgad El Kholy, an epidemiologist with WHO, said the Indian variant was reported in three countries in the Eastern Mediterranean region and urged for more studies to understand the spread of this variant of the contagion.

“We need more targeted sequencing to be done --- and to be shared --- in India and elsewhere so we know how much of this variant is circulating,” said Dr ElKholy while advocating adherence to preventive measures.

The United Nations (UN) health agency on Wednesday said the B.1.617 variant of Covid-19, known as the ‘Indian variant’ had been detected in more than 4,500 samples uploaded to an open-access database from 44 countries in all six WHO regions.

The variant has also been detected in five additional countries, the agency said.

There is no evidence yet of the variant found in the UAE yet.

Last week, WHO classified the Indian variant as a ‘Variant of Concern’ (VoC) owing to evidence of increased transmissibility.

“There has been an increasing rate of detection of this variant, along with a surge in Covid-19 cases in parts of India. However, the relative contribution of this variant in the rapid increase of cases in the country remains unclear,” said Dr El Khory.

He said other factors such as recent large gatherings, cocirculating variants like B.1.1.7 and B.1.618, etc may also have contributed to the rise. “It's also unclear whether reports of high mortality are due to increased severity of the variant, to straining of health system capacity due to the rapid increase in cases, or both. Based on what we know so far, vaccines, diagnostics, and therapeutics continue to be effective at preventing disease and death in people infected with this variant,” he added.

On the question of whether the countries in the region, including the UAE, have to take extra precautions, the WHO official said, “No extra precautions are requested, but full adherence to and implementation of the standard public health measures and preventive practices.”

Dr Gunjan Mahajan, a specialist clinical pathologist at Burjeel Hospital, Dubai, said the highly contagious triple-mutant Covid-19 variant spreading in India poses a global health threat as it's being stipulated that it might be more infectious as compared to previous reported VoC. “This variant might escape the current vaccines, and changes to vaccine design would be needed to make them more effective. However, the available vaccinations are expected to curb disease spread and prevent severe disease. Hence, it's imperative first to get vaccinated and follow the precautionary measures,” said Dr Mahajan.

Dr Sunil Vyas, a pulmonologist, Aster Hospital, Dubai, said the vaccines are seemingly effective against the new variant as infection rates in vaccinated individuals are very less. And those who got infected after being administered the jab didn't develop severe symptoms, he added.

“It's important that people take vaccination for Covid-19 and that should be good enough to be protected against this variant as well. People in UAE should also be concerned and prepared, and continue to follow guidelines as per the order. This will definitely make UAE and other Gulf Cooperation Council (GCC) countries prepared,” said Dr Vyas.

He added that since the majority of the population has been vaccinated, the severity and chances of people contracting SARS-CoV-2, which causes Covid-19, would be less, even if there is a wave of the Indian variant in the UAE and the country is well prepared to tackle the viral scourge.

'Bahrain prepared to receive influx of travellers during Eid Al-Fitr'