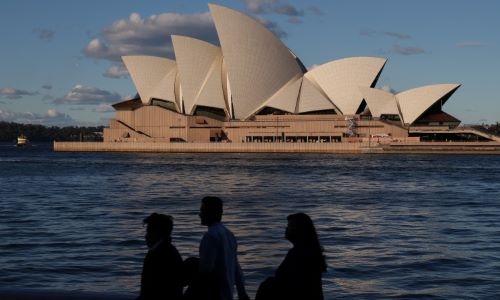 Israeli residents are no longer required to wear a facial mask in public, another sign that the country might be putting the worst of the coronavirus pandemic behind it.

However, the facial coverings are still required indoors, in areas where one comes into contacts with non-household members. That said, experts also think that rule might be lifted in a month thanks to sharply reduced case counts in the country.

Sunday also saw most schools completely open for the first time in a year, with pupils arranged in full classes, instead of in small groups. That said, masks are still required in classrooms.

Thanks to a brisk vaccination campaign, the number of newly reported cases has dropped. The number of people currently seriously sick due to Covid-19 stands at around 200. At the end of January, the figure was around 1,200.

About 5.3 million of the country's 9 million residents have received at least one dose of the Pfizer/BioNTech vaccine. Nearly 5 million have received the full doses of two jabs.

However, the vaccination campaign has also stagnated, with about 1 million Israelis who are older than 16 still unvaccinated. Experts have warned that the country has still not achieved herd immunity.