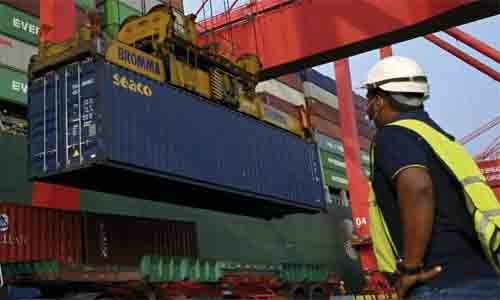 Sri Lanka has started shipping 242 containers of hazardous waste, including body parts from mortuaries, back to Britain after a two year court battle by an environment watchdog, officials said yesterday. Several Asian countries have in recent years been pushing back against an onslaught of international refuse from wealthier nations and have started turning back the unwanted shipments of garbage as they battle against being used as the world’s trash dump.

The first 20 containers of medical waste, which included body parts from mortuaries, were loaded on the MV Texas Triumph on Friday and another 65 will be sent within a week, customs spokesman Sunil Jayaratne said. “The balance will be shipped as soon as another vessel is available,” Jayaratne said. Sri Lanka’s court of appeal two weeks ago ordered the repatriation of the bio-waste from hospitals and tonnes of plastic waste imported in violation of local and international shipping regulations.