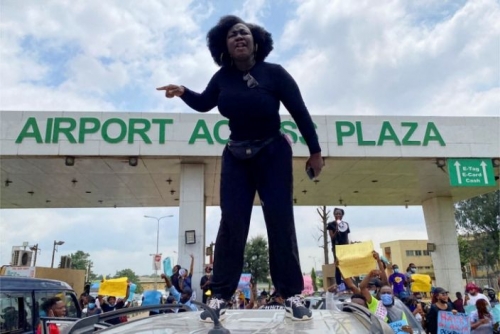 A police officer and a civilian have been killed in the Nigerian city of Lagos as protests continue against police brutality for a sixth day.

There are reports that police used live ammunition on the protesters in the country's largest city.

This comes a day after a notorious police unit accused of unlawful arrests and murder was officially disbanded.

Demonstrators have long called for the Special Anti-Robbery Squad (Sars) to be broken up.

But they remain unhappy following Sunday's announcement that officers are being redeployed to other units rather than being disciplined.
Eyewitnesses say there were multiple casualties among protesters after police opened fire on them in the Surulere area of Lagos on Monday, reports BBC.