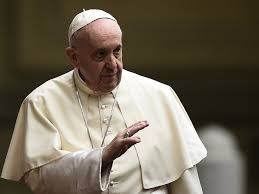 Pope Francis warned world leaders yesterday against a growing breakdown of multilateralism, appealing in a speech to the United Nations for an end to what he called a global “climate of distrust.”. “At present, we are witnessing an erosion of multilateralism, which is all the more serious in light of the development of new forms of military technology,” the Argentine pope said in a video address to the UN General Assembly in New York.

“We need to break with the present climate of distrust,” said the pontiff, who called for relaxing international sanctions as harmful to civilian populations, without citing specific countries. Francis’ sharply worded rebuke to the UN did not call out anyone nation or leader.

But the spiritual head of 1.3 billion Catholics worldwide reproached the international community for what he characterized as a lax and disjointed response to a host of pressing social issues, including human rights, refugees and humanitarian crises, destruction of the environment, economic inequality, and nuclear proliferation. He contrasted his comments before the body to his last address in person in 2015, a time “marked by truly dynamic multilateralism,” he said.