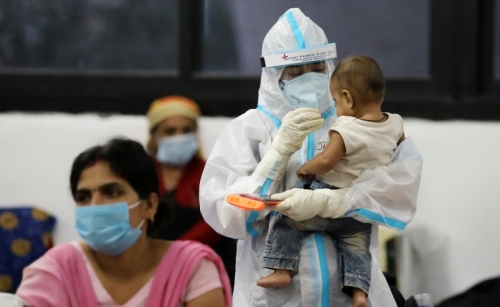 India reported 85,362 new coronavirus cases in the past 24 hours with infections slowing down this month.

The Health Ministry raised the nation’s confirmed total to more than 5.9 million on Saturday. It said 1,089 more people died in the past 24 hours, for a total of 93,379, The Associated Press (AP) reported.

Authorities have decided to hold the first legislative election in Bihar state since the pandemic. Nearly 72 million people are eligible to cast votes for three days beginning the end of October with social distancing restrictions.

The average new cases in India have fallen by around 7,000 daily in the past week, after reaching a record of 97,894 on Sept. 16. However, authorities are preparing for a major religious festival season beginning next month that generally sees huge congregations in temples and shopping districts.