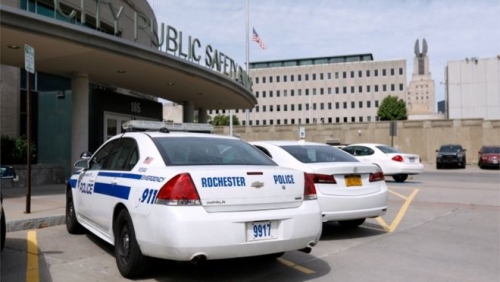 Two people have been killed and 14 others wounded after a shooting at a house party in the state of New York.

Police in the city of Rochester said they arrived to find around 100 people running down the street.

The city's police have been under increasing pressure over the death of Daniel Prude, a black man who was hooded and restrained during an arrest.

He died in March, but the case only became public earlier this month. Rochester police chief La'Ron Singletary has since stepped down, saying that his handling of the case was being distorted. Seven officers have also been suspended.