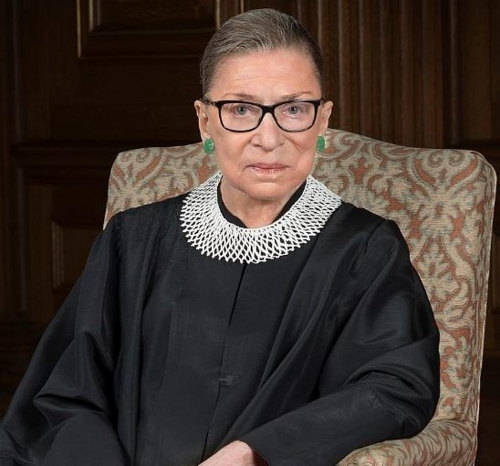 world September 19, 2020
The US Supreme Court announced the death of Judge Ruth Bader Ginsburg, who is considered a progressive icon and the most prominent judge of the court, at the age of 87, after losing her battle with pancreatic cancer.
The liberal Ginsburg and the second woman appointed to the position died "this evening surrounded by her family at her home in Washington," according to the court statement.
Ginsburg, known as the “notorious RPG”, played a major role in defending women's rights early in her career, and was an influential progressive force within the Supreme Court as the leader of a left-leaning coalition among a conservative majority of judges.
Two months before the presidential election, her death is likely to prompt President Donald Trump to rush to appoint a successor.
If Trump nominates an alternative, it is expected to be ratified with record speed in the Republican-dominated Senate, with the aim of securing a comfortable majority for conservatives in the court that has the final say in a number of sensitive issues around which Americans are divided, such as abortion, gun acquisition, and the death penalty.
Born in Brooklyn, New York in 1933, Ginsburg served 27 years on the Supreme Court.
The Democratic presidential candidate, Joe Biden, stated that the appointment of a successor to Ginsburg should wait until after the election of a new president.
"The electorate must choose the president and the president must choose a judge for the Senate to consider," Biden told reporters.
A spokeswoman for al-Bayadh announced that the American flag would be at half-mast in honor of the late judge.