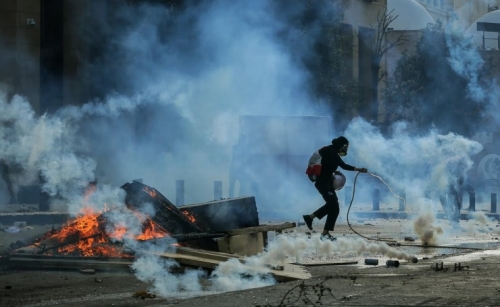 "I will put forward a bill to hold early parliamentary elections on Monday," Diab said in a televised address. "I call on all political parties to agree on the next stage ... I am with [the] Lebanese aspiring for change,".