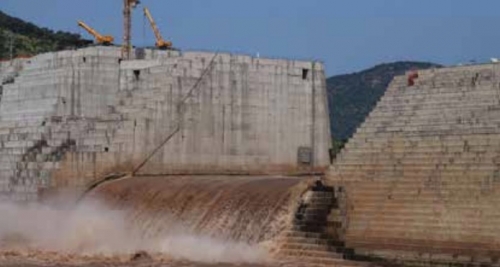 Sudan announced the resumption of talks with Egypt and Ethiopia to resolve the long-running dispute over Addis Ababa’s construction of a mega-dam on the Nile River. The three countries have been at odds after multiple rounds of talks over the years failed to produce a deal on the operation and filling of the Grand Ethiopian Renaissance Dam.

Ethiopia says the project is essential for its development, while Egypt and Sudan worry about access to vital water supplies from the Nile. “The negotiations over the renaissance dam between Egypt, Ethiopia and Sudan were resumed this afternoon via video conference,” Sudan’s water ministry said in a statement. Talks last month broke down after the three countries failed to reach any compromise.

The ministry said Friday’s talks were held with the mediation of South Africa, the current chair of the African Union. Downstream Egypt and Sudan are under pressure to reach a deal before Ethiopia goes ahead with plans to fill the dam.

Last week, Cairo and Khartoum said Addis Ababa will delay filling its dam until a comprehensive deal is reached. Ethiopia however said it was on schedule to begin the filling within weeks but vowed to try resolving its dispute.