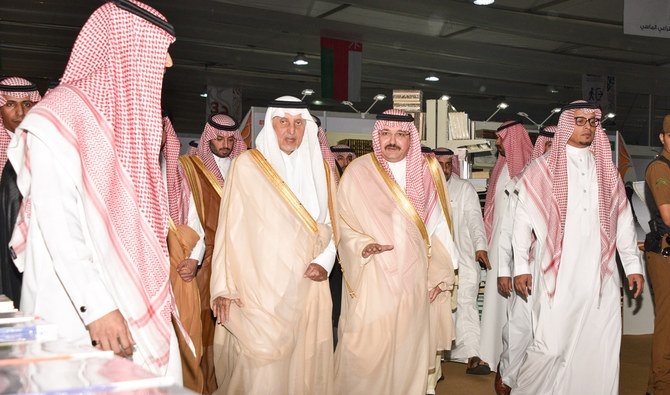 Prince Khalid Al-Faisal, the governor of Makkah, officially opened the fifth edition of the Jeddah International Book Fair on Wednesday.

Prince Mishaal bin Majed, the governor of Jeddah and chairman of the exhibition’s Higher Committee, thanked Price Khalid for his support of the fair since it was founded. He also expressed his gratitude to King Salman and Crown Prince Mohammed bin Salman for their great support.

He added that the success of the event is the result of the hard work of a number of organizations. In particular, he wished the Ministry of Culture continued success in organizing the fair as part of its efforts to develop culture in the Kingdom as one of the pillars of Saudi Vision 2030.

The book fair continues at Land of Events in South Abhur until Dec. 21.