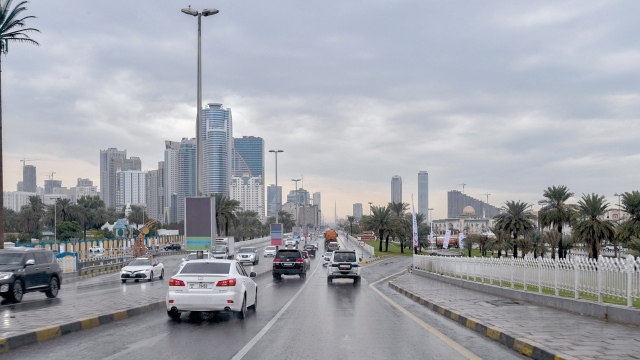 Extra patrols and personnel were dispatched to monitor areas.

As heavy rain lashed the UAE on Wednesday, the Dubai Police attended to 154 road accidents in 10 hours, according to a statement issued.

"Our traffic patrols and men have attended to 154 traffic accidents over the specified time period."

Also read: Tips on how to drive safely in UAE rain

Brigadier Saif Muhair Al Mazrouie, Director of the Traffic and Patrols Department, urged the public to remain home "unless there is an emergency because of the heavy showers, strong winds and low visibility."

"If you need to drive, reduce speed and pull over on the road head shoulder if you have an accident so as not to disrupt traffic flow."

The Dubai Police deployed more traffic patrols all over the emirate, particularly to water clogged areas, he added.

"We couldn't help but close some roads and divert traffic to alternative roads, while the vehicles involved in traffic accidents were safely moved off the roads."

Man caught with drugs in e-cigarettes, candies at Dubai airport