Rescuers search for girl, 6, missing after truck swept away | THE DAILY TRIBUNE | KINGDOM OF BAHRAIN 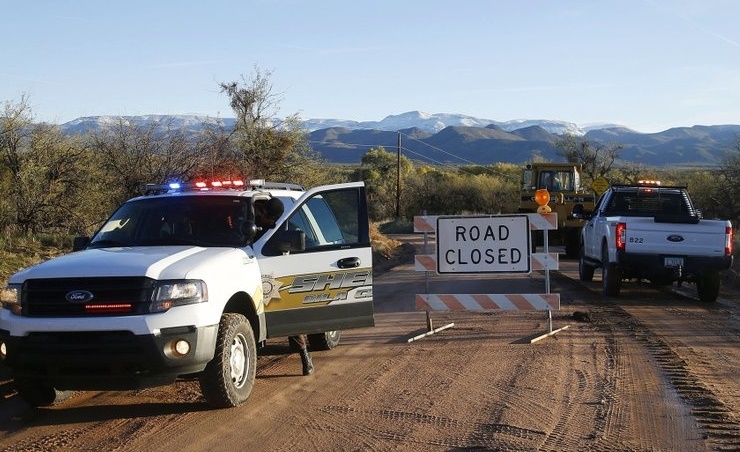 Nine members of an Arizona family were in an oversized military-style truck when they got stuck in a raging creek swollen by intense runoff from a powerful storm.

Four children and two adults got out and were rescued by helicopter, but three children stayed in the truck and it was later swept away, The Associated Press (AP) reported.

Rescuers with helicopters, drones, boats, dogs and an army of volunteers searched frantically Sunday for a 6-year-old girl missing since Friday. Her brother and cousin, both 5, were found dead on Saturday.

At dusk Sunday, rescuers said they found a shoe that might belong to the girl. The shoe was about 183 meters from where the family’s vehicle got stuck in the creek.

Volunteers trudged in small groups through the muddy brush, toward the creek, to search for the missing girl, who was last seen wearing jeans and a purple jacket.

Willa’s parents, Daniel and Lacey Rawlings, both escaped from the truck but their son, Colby Rawlings, and niece, Austin Rawlings, were not in the vehicle when it was pulled from the creek the next day. Their bodies were found about 550 to 915 meters from the failed crossing.

50 children killed by measles in Samoa as outbreak worsens