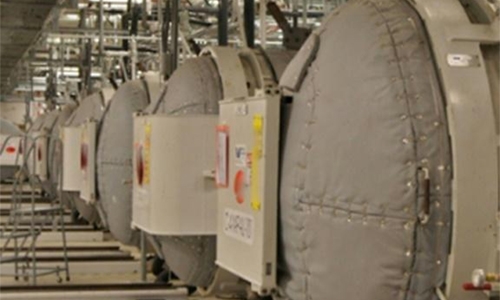 Iran resumed uranium enrichment at its underground Fordow plant south of Tehran yesterday in a new step back from its commitments under a landmark 2015 nuclear deal. Engineers began feeding uranium hexafluoride gas into the plant’s mothballed enrichment centrifuges in “the first minutes of Thursday”, the Iranian Atomic Energy Organisation said.

The suspension of uranium enrichment at the long secret plant was one of the restrictions Iran had agreed to on its nuclear programme in return for the lifting of UN sanctions. Iran’s announcement that it would resume enrichment at the Fordow plant from midnight (2030 GMT Wednesday) had drawn a chorus of concern from the remaining parties to the troubled agreement. Britain, China, France, Germany and Russia have been trying to salvage the deal since Washington reimposed crippling sanctions.

The resumption of enrichment at Fordow is Iran’s fourth move away from the deal. Uranium enrichment is the sensitive process that produces fuel for nuclear power plants but also, in highly extended form, the fissile core for a warhead. A source close to the UN watchdog said that it has inspectors on the ground in Fordow and would report “very rapidly” on the steps taken by Iran.

French President Emmanuel Macron said Iran had made “grave” decisions and its resumption of uranium enrichment was a “profound change” from Tehran’s previous position. Foreign Secretary Dominic Raab said Britain remained committed to a negotiated way forward but demanded that Iran abide by its obligations.