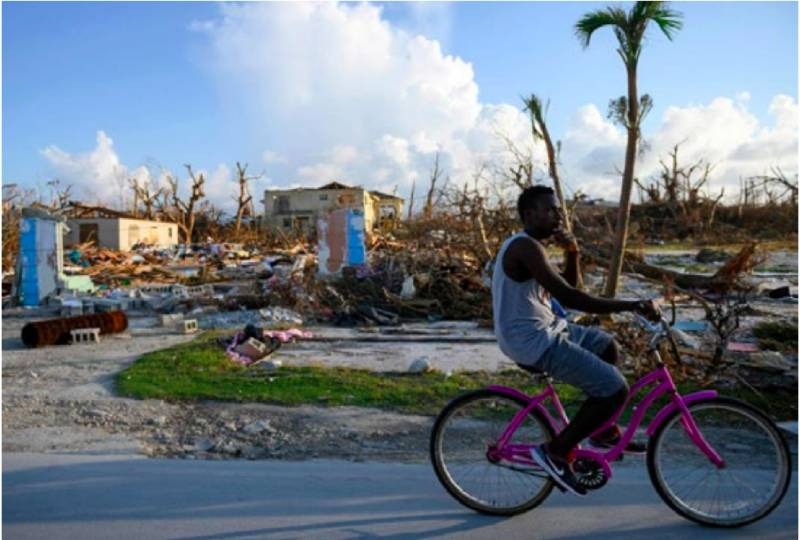 The devastated northern Bahama islands faced a fresh tropical storm yesterday, potentially complicating desperately needed relief efforts to the shattered archipelago in the wake of Hurricane Dorian. The announcement from the National Hurricane Centre (NHC) came after it had warned early Friday that a strengthening tropical depression was heading for the same islands hit by Dorian last week.

The storm, dubbed Humberto, is expected to strengthen into a hurricane, moving very near the northwestern Bahamas, before shifting to offshore Florida after the weekend, the Miami-based forecaster said. Grand Bahama and Abaco -- in the path of the strengthening weather system, according to Bahamian forecasters -- were among the worst-hit by Dorian.

Carl Smith, a spokesman for the Bahamian National Emergency Management Agency (NEMA), warned the storm could have an impact on relief and recovery efforts on the islands. “The weather system will slow down logistics,” Smith told a press conference in Nassau, the capital.

“Fuel and water remain the biggest needs in Abaco.” Humberto was generating 40 miles (64 kilometers) per hour winds, the NHC said and was expected to become a hurricane in two or three days. Winds of up to 60 miles (100 kilometers) per hour were expected and heavy rainfall could bring some flooding to the already saturated islands, said the Department of Meteorology’s director Trevor Basden.

UK coronavirus strain detected in at least 60 countries: WHO