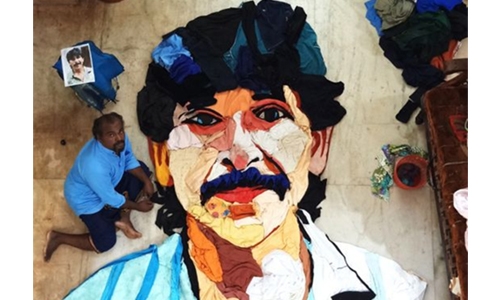 Over 200 dead in rain havoc

The death toll from India’s monsoon floods climbed to 202 yesterday as heavy rainfall kept pounding coastal regions in the west and south. Authorities have already moved more than 1.2 million people to relief camps. The southern tourist hotspot of Kerala, which was hit by its worst floods in almost a century last year leaving 450 dead, was once again bearing the brunt of monsoon downpours. “The death toll in the state has increased to 88... and there are still at least 40 people missing,” Pramod Kumar, Kerala police spokesman, said.

More than 250,000 people across the state’s worst-affected districts including Wayanad, Malappuram and Kozhikode have been shifted to relief camps. Congress leader Rahul Gandhi yesterday praised the people of his Wayanad Lok Sabha constituency in Kerala, which has been battered by a flood and landslides, saying that the bravery and dignity displayed by them in the face of tragedy was “truly humbling”. “I left Wayanad with nothing but pride for the people I represent,” Mr Gandhi wrote on his Facebook and Twitter pages on Tuesday after a two-day visit.

Reports of several heart-wrenching incidents also surfaced amid the situation. Rescue personnel were left with teary eyes when the lifeless bodies of a mother (Geethu) and her infant child (Dhruv) recovered in a position holding their hands tightly. Sarath, the father is the only who escaped unhurt - he lost his wife, son and mother to the landslide.  Stories of heart-warming incidents also emerged. In one such incident, Noushad, a cloth vendor in Kerala became an overnight sensation after a video of him donating bundles of new clothes, kept ready in his godown for Eid sale, went viral. He stuffed several packets of fresh apparel in huge carry bags and took them on his head to the parked vehicles, to be taken to relief camps.

“When we depart from this world, we cannot carry anything... my profit is to help the needy... isn’t this the way we should celebrate Eid? My Eid is like this...,” Noushad, who runs a cloth store in Broadway in Kochi said smiling. “It is meant for poor people. I am not bothered about profit or loss,” he added. Noushad, Gulf News reported, got a surprise Eid gift from a UAE expatriate. A Malayali businessman in Dubai announced a gift of Rs.100,000 (BD530) and a family trip to Dubai to Noushad.   A person from Guruvayur posted a cheque of Rs.10,000 (BD53) addressed to Noushad online, requesting a T-shirt for his son, the Hindu said.

Thanks to such efforts, Chief Minister’s Disaster Relief Fund witnessed an upswing in collection, despite several campaigns against donating.  Kerala Chief Minister Pinarayi Vijayan during a visit to a camp in Meppadi near Wayanad said, “The state government will do everything possible to give maximum help and support to all so that they come back to normal life very quickly. Our first task is to complete the rescue operations and then we will shift our focus to extensive rehabilitation work.”

The biggest rescue operations are presently going on at Kavalapara where 20 earth moving equipment are working overtime to see if they can find another 39 people who have been reported missing after the landslide swept away an area close to 100 acres.

At least 48 people have also lost their lives in neighbouring Karnataka state.  A state government official said that 16 people were still missing in Karnataka but the situation had improved as rains had eased.

“We have rescued around 677,000 people in the last few days and think the water level will start dropping in another 24-48 hours,” the official said.

Local emergency personnel and troops from the army, navy and air force have been deployed for search, rescue and relief operations.  Indian media have also reported 66 deaths in the western states of Gujarat and Maharashtra, with hundreds of thousands rescued from inundated regions.

The monsoon rains are crucial to replenishing water supplies in drought-stricken India, but they kill hundreds of people across the country every year.