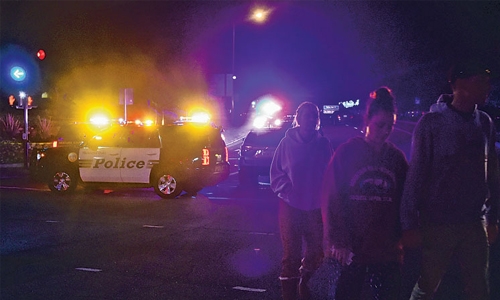 A 28-year-old Marine Corps veteran opened fire in a country music bar packed with college students in California overnight, killing 12 people including a police officer who exchanged shots with the gunman, authorities said yesterday. Terrified patrons scrambled for the exits after the gunman started shooting a handgun in the Borderline Bar and Grill around 11:20 pm on Wednesday before killing himself, they said.

“They ran out of the back doors, they broke windows. They went through windows. They hid up in the attic, they hid in the bathroom,” Ventura County Sheriff Geoff Dean said. Dean identified the suspect as Ian David Long, a Marine Corps veteran and resident of Thousand Oaks, an upscale city northwest of Los Angeles.

According to the Pentagon, Long served in the Marine Corps from August 2008 to March 2013 and was a machine gunner. He attained the rank of corporal and saw combat while deployed in Afghanistan from November 2010 to June 2011.