‘Not based on facts’ | THE DAILY TRIBUNE | KINGDOM OF BAHRAIN 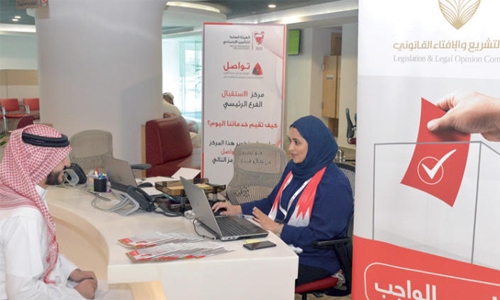 Bahrain’s Rights committee yesterday rejected accusations levelled against the Kingdom by US Congressmen James P. McGovern and Randy Hultgren Co-Chairs of the Tom Lantos Human Rights Commission in the US House of Representatives, saying the accusations were “not based on facts about the forthcoming parliamentary election in the Kingdom of Bahrain.”

The Council of Representatives Human Rights Committee said it is confident that such statements “will never obstruct the democratic process in the Kingdom, rather, it would enforce the will of the people to realize development and progress for a prospective future.” Civil and political rights, the committee said, are protected in the Kingdom under the constitution without discrimination between citizens where all are equal before the law.

“Electoral process in Bahrain is accessible to all citizens, and are a national issue subject to independent judicial supervision and Bahraini civil society observation,” said the statement said adding that parliamentary and municipal elections that have been launched by His Majesty the King through the National Action Charter referendum, subject to international standards. The Committee further reiterates that all political societies and other civil society organisations are established by Kingdom’s law and any violations thereof are subject to judicial review where all legal guarantees are afforded.

The dissolved political societies have violated their own statutes and relevant legislation which had an impact on the national security. They exhausted all judicial procedures and received political and financial support from states and organisations that threaten international peace and security, not limited to, Iran, Qatar and Hezbollah. “Further, they have applied the Wilayat al-Faqih doctrine, which has been an obstacle in the establishment of a democratic society based on human rights, pluralism, equality and the rule of law,” the statement pointed out.

With regard to prison sentences on a number of members of dissolved political societies, the Committee affirmed that the judicial verdicts issued against them reflected the serious crimes committed, irrespective of their political affiliations. Electoral districts are divided based on the criteria of the electoral population subject to the law. The committee also called on all stakeholders to receive information from trusted sources and not to issue prejudgements about the electoral process, which is against the principles of any democratic process in civilized nations.