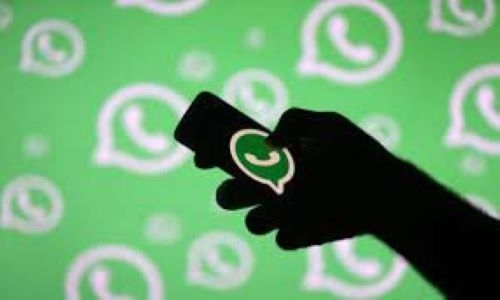 In a U-turn, WhatsApp has said that it will not limit functionalities for users who do not accept the new privacy policy that went into effect on May 15.

The Facebook-owned platform that has filed a lawsuit against the Indian government in Delhi High Court over chat 'traceability', went ahead with implementing its controversial user privacy policy from May 15, saying that those who do not accept new changes will see limited functionality in the coming weeks.

In a statement given to The Next Web, WhatsApp said on Saturday that it won't restrict any functionality even if the users don't accept the policy for now.

"Given recent discussions with various authorities and privacy experts, we want to make clear that we currently have no plans to limit the functionality of how WhatsApp works for those who have not yet accepted the update," WhatsApp said.

"Instead, we will continue to remind users from time to time about the update as well as when people choose to use relevant optional features, like communicating with a business that is receiving support from Facebook."

WhatsApp rolled out its privacy policy globally including in India, where it has more than 400 million users.

The users will not immediately lose their accounts or face curtailed functionalities, but they will have to eventually go through limited functions if they fail to accept the new norms in the due course of time.

"After persistent reminders, the users will encounter limited functionality on WhatsApp until they accept the updates," the company had said.

Earlier, taking the user privacy war to the court over new IT rules, WhatsApp said that that user privacy is in its DNA and requiring messaging apps to "trace" chats undermines people's right to privacy.

A WhatsApp spokesperson said that requiring messaging apps to "trace" chats is the equivalent of asking us to keep a fingerprint of every single message sent on WhatsApp.

"It would break end-to-end encryption and fundamentally undermines people's right to privacy. We have consistently joined civil society and experts around the world in opposing requirements that would violate the privacy of our users," the spokesperson stressed.

WhatsApp said that "we will maintain this approach until at least the forthcoming PDP (personal data protection) law comes into effect".