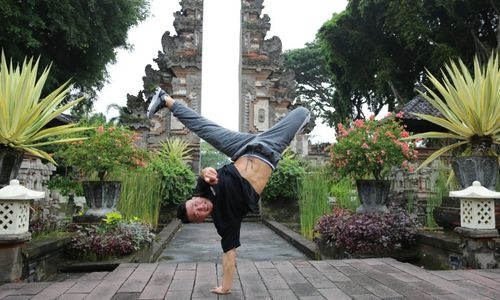 BRAVE CF superstars and respectable figures within the global MMA community have started to arrive in Bali, Indonesia for BRAVE CF 66 , which takes place on November 26th.

BRAVE Combat Federation returns to the planet’s largest Archipelagic state following the success of BRAVE CF 12 in the City of Jakarta in 2018 as the promotion aims to put on another spectacular ten-fight card that includes a plethora of international fighters.

The main event will feature South Africa’s number-two ranked BRAVE CF Middle- weight Chad Hanekom and South Korea’s In Jae La in a colossal 185-pound that will determine who is next in line for a shot at the vacant title.

Hanekom is a world-renowned African athlete who is tipped to become one of the greatest Middleweights ever.

He trains under the tutelage of the famed MMA mastermind and Africa’s most successful coach, Richie Quan.

Hanekom is up against one of South Korea’s most famous combat sports athletes, Jae La.

The former Korean Middleweight champion is a national icon and he can take one step closer to his first world title by over-coming his South-African counterpart.