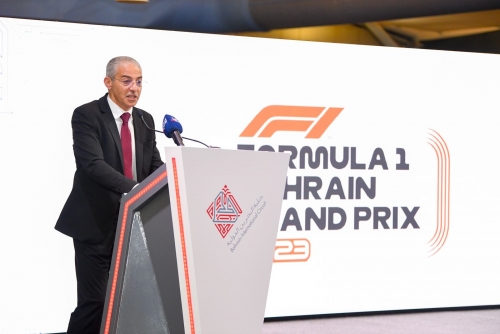 Bahrain International Circuit (BIC), “The Home of Motorsport in the Middle East”, announced last night details of what is expected to be the most active and ambitious season the circuit has ever had in its 19-year history.

The 2022/2023 campaign is set to be headlined by new world championship-level racing joining BIC’s established racing calendar, new retail products to complement the existing customer favourites, new partners joining BIC to sit alongside its loyal group of circuit and event sponsors, as well as a few new surprises.

Shaikh Salman commented: “A fantastic season of racing and entertainment is upon us and we are proud to have put together a jam-packed schedule of the world’s biggest racing championships along with the best that the region and Bahrain have to offer, together with some incredible off-track events.

“The strength and breadth of our calendar is a testament to the fantastic experience we offer our guests every time we welcome them to the Kingdom and we are proud that BIC continues to grow as one of the most sought-after venues in global sports and entertainment.

“There is something for everybody all year round at BIC and we look forward to welcoming you all for a memorable experience, be it on the race track or off it.” International events The Kingdom of Bahrain features prominently on the global motorsport stage with no less than four major international championships set to be held across BIC’s 2022/2023 season.

The blue riband event is once again the Formula 1 Bahrain Grand Prix, which is set to take place 3 to 5 March as the opening round of the 2023 season. Next year’s F1 calendar features a record 24 races, and BIC is once again in pole position, hosting the first round for the third straight year and the fifth time overall.

BIC also announced last night that F1 pre-season testing will be returning to Sakhir the week before the race from 23 to 25 February. Following Bahrain’s 2022 grand prix which brought record crowds back to BIC at levels never seen before—particularly from the international fans which grew over 50 per cent compared to 2019—the circuit is keen to continue that momentum.

BIC has been working together with the Bahrain Tourism and Exhibitions Authority (BTEA) and national carrier Gulf Air to attract more international fans to attend the Kingdom’s massive celebration of the best in global motorsport and incredible entertainment.

There will be a variety of travel packages available to fans, while ticket sales will be launched very soon. Another major international race weekend on the BIC calendar is the FIA WEC Bapco 8 Hours of Bahrain this 11 and 12 November, with the WTCR Race of Bahrain being held in support.

The WTCR will not be the only new championship taking the Sakhir track by storm. BIC will also be hosting for the first time the Bahrain ProAm 1000, set to be held on 27 and 28 January of next year. Regional and national championships The very best motor racing series in the Middle East and in the Kingdom of Bahrain will once again be hitting the tarmac along BIC’s various racing facilities.

The Porsche Sprint Challenge Middle East, the region’s premier one-make series based in Sakhir, will be staging a number of rounds in Sakhir. Meanwhile, BIC will be welcoming the Middle East TCR Series, the only championship in the Gulf dedicated exclusively to TCR cars.

BIC will be hosting the third round of the relaunched championship’s ongoing season as part of the Bahrain ProAm 1000 weekend on 27 and 28 January.

The national racing calendar will be headlined by the hugely popular Bahrain Drag Racing Championship, which features many top teams and drivers from around the world including NHRA champions Bahrain1 Racing.

The season is set to feature five rounds of head-to-head battles starting in December and continuing until February of 2023. The BIC 2,000cc Challenge will also be a top draw amongst circuit racing enthusiasts, with many of the Kingdom’s best gentleman drivers suiting up for heated bumper-to-bumper competition in their two-litre challengers.

This 2,000cc campaign will have five rounds, kicking off in October and then wrapping up in April of next year. BIC’s world-class grassroots racing facility, Bahrain International Karting Circuit (BIKC), will also be hosting plenty of action this season.

The 1.414-kilometre CIK-FIA track will be the stage for the Sakhir Rotax MAX Challenge (SRMC) and the Bahrain Rotax MAX Challenge (BRMC). Local championships will also be taking place at BIC in autocross and drifting. Retail calendar offerings and new partners The BIC calendar would not be complete without the widerange of motorsport activities on offer to the public.

These include Open Track days and nights, the Ebrahim K Kanoo Drag and Drift Nights, the Track Experience featuring the BNI Clio Cup Experiences and Radical Experiences, the Kanoo Motors Rolling Drag, the YK Off-Road Experience, and the Batelco Fitness on Track.

BIC also is pleased to welcome BNI as the title sponsor of its Clio Cup Experiences, part of the Track Experience offering. The BNI Clio Cup Driving Experience is perhaps the most popular way that racing fans can kick start their careers on track. All these activities, plus karting at BIKC, are available on select dates each month from October all the way to April of next year.