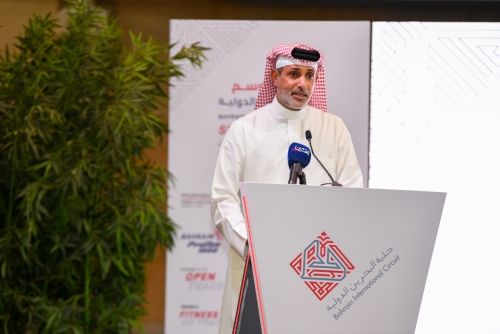 Bahrain International Circuit (BIC), “The Home of Motorsport in the Middle East”, will be hosting the first global event of its 2022/2023 calendar with the Bapco 8 Hours of Bahrain, the highly anticipated season-ending round of the 2022 FIA World Endurance Championship (WEC).

The race weekend is scheduled to take place on 11 and 12 November in Sakhir, and it will mark the culmination of the WEC’s landmark 10th anniversary season.

BIC chief executive Shaikh Salman bin Isa Al Khalifa commented yesterday at a special Press conference launch held at the BIC premises: “The 2022 Bapco 8 Hours of Bahrain will be the culmination of the series’ landmark 10th anniversary season and we are proud to have been part of the series since the very beginning.

“As part of this, Bapco has been a long-term partner with us in WEC through that journey and we thank them for that support. “Since the series launched the new top-tier category of Hypercar last year, there has been an incredible amount of new interest from major car manufacturers.

We will welcome Peugeot for the very first time this year and looking forward, we have Porsche, Ferrari, BMW and Lamborghini amongst others joining. “It is a series that is going places and we are proud to support it in its growth.”

As part of the launch, BIC announced that it has lined up a very special initiative as part of the Bapco 8 Hours of Bahrain weekend. Benchmark BIC has been working with The Oil and Gas Holding Company BSC (nogaholding) and the Government of Bahrain on a ground-breaking new Green Ticket project for WEC, which will set the benchmark for a number of initiatives in areas of sustainability.

Shaikh Salman said: “We all feel that we have an immediate and ongoing responsibility to reduce our impact on the planet. Where we can reduce that impact—such as through our solar farm which became operational this year—we will work on such initiatives.

“However, there are some elements of our operations which create unavoidable carbon emissions. As a result, we are teaming up with nogaholding to launch a special Green Ticket initiative for the first time ever in Bahrain.

“We have worked with the Bahrain Government to calculate the carbon emissions for the whole WEC event. A proportion of our ticket price, together with an amount matched by nogaholding, will be donated to a local environmental project in cooperation with the Government.

“This particular fund will finance the planting of mangroves in Bahrain, and meaningfully contribute to Bahrain’s commitment to quadruple mangrove coverage in the Kingdom by 2035. “This is a really important initiative for us and nogaholding and I am sure it will be welcomed by all our fans and participants for the event.”

Commenting on the launch of the Green Tickets, Mr. Mark Thomas, Group Chief Executive Officer of nogaholding said: “The Green Ticket initiative with BIC is something nogaholding, through its group of companies, is especially keen to support.

“Energy responsibility sits at the core of our business, along with meeting the Kingdom’s COP26 commitments. Initiatives such as this offer direct support to environmental projects in the Kingdom and our duty to do what we can to deliver reliable, sustainable, and economical energy.

We place great value on our ongoing partnership with the BIC and look forward to working together to bring more initiatives with a positive impact on the community.” Dr Abdulrahman Jawahery, Chief Executive Officer at Bahrain Petroleum Company (Bapco), commented on Bapco’s sponsorship of WEC: “Having been involved with the World Endurance Championship for many years, Bapco is delighted to continue that support as the series marks its tenth anniversary.

The Bapco 8 Hours of Bahrain, embracing the spirit of Le Mans, is part of the pinnacle of global endurance racing, and we are proud to be its long-term partner. As Bahrain’s oldest brand, it is important for us to ensure we put in place partnerships that add value to our Kingdom and our environment.”

The WEC event will feature a packed 37-car grid with competition in four race categories featuring some of the biggest brands in all of motoring. The world’s top endurance racing teams and drivers will be battling it out from day to night around BIC’s 5.412-kilometre track, making for a brilliant spectacle that flags off under the afternoon sun and then wraps up under the stars while being brilliantly lit by BIC’s state-of-the-art floodlights.

BIC has planned an incredible line-up of off-track entertainment for the race weekend. Fans can expect incredible stunt shows together with amazing family entertainment. Tickets will go on sale later this week at just BD5 for adults and BD2.5 for kids.

The Bapco 8 Hours of Bahrain weekend will have plenty more action to support the WEC, including the WTCR Race of Bahrain, part of the 2022 WTCR-FIA World Touring Car Cup. It will be the inaugural appearance for the championship in the Kingdom and in the region, and it will also be the first time that it will be taking to the track alongside the FIA WEC—making for an exciting double-header of touring car and sportscar racing.

The Porsche Sprint Challenge Middle East, the region’s premier one-make series that is based at BIC, will also be racing as part of the WEC support programme. A highly talented field of the region’s best gentleman racers will be suiting up for competition in identical Porsche 911 GT3 Cup and Porsche 718 Cayman GT4 Clubsport cars.

For more information on the Bapco 8 Hours of Bahrain or other BIC events and activities, visit bahraingp.com or call the BIC Hotline on +973-17450000.