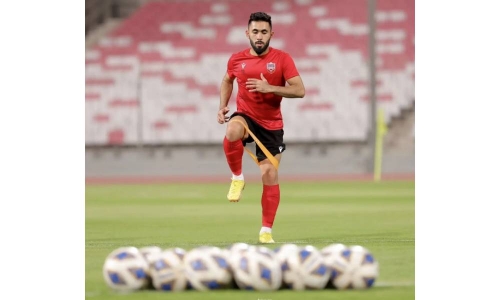 Bahrain lock horns with Cape Verde tonight in an international friendly football match at the National Stadium in Riffa. The game is scheduled for a 6.30pm kick-off and all are welcome to attend. Entrance is free of charge.

The nationals are using the fixture as part of their preparations for their upcoming tournaments, including their much-awaited title-defence in the Gulf Cup and their participation in the continent’s biggest event, the AFC Asian Cup, both happening next year.

The Bahrainis have been in their local training camp over the past week under head coach Helio Sousa and his staff. The Cape Verde national team, coached by Pedro Leitao Brito who is commonly known as Bubista, have already been in the Kingdom the past few days with a 24-player squad.

All their national team players play overseas with clubs from Portugal, Angola, Hungary, Morocco, Bulgaria, France, Slovakia, the Netherlands, Serbia, the US, the UAE, Greece, Spain, Austria, Scotland and Belgium.

After their Cape Verde friendly, the Bahrainis will also be facing Confederation of North, Central America and Caribbean Association Football (CONCACAF) side Panama on Tuesday next week. It will be their second warm-up of this period and it will close out their camp.

The friendlies are the second and third scheduled by the Bahrain Football Association for the senior men’s national team. They have added to the game Bahrain will be playing against FIFA World Cup 2022 participants Serbia on November 18, also at home.

The upcoming Gulf Cup is scheduled to take place in Basra, Iraq, from January 6 to 19 next year. It will be the 25th edition of the prestigious competition. The Asian Cup 2023 will take place in June and July at a yet-to- be-determined venue.