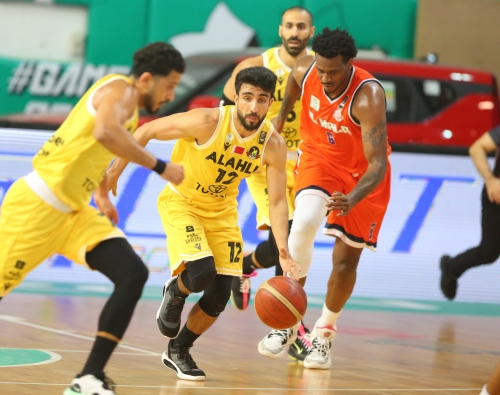 Manama and Al Ahli were last night victorious in their respective week two games of the 2022/2023 Zain Bahrain Basketball League.

In Manama’s big win, they took a 23-16 lead at the end of the first period, which they turned to a 44-27 advantage at the half. Manama stayed well ahead in the final two periods, going up by as many as 34 points en route to the final whistle.

Ahmed Salman paced the winners with 20 points, including six three-pointers, while Ahmed Najaf chipped in with 20. Ahmed Aldurazi added 18 and Mohammed Ameer scored 11.

Elijah Milak paced Sitra with 25 as Sitra’s only player in double figures. In Ahli’s triumph, a fine second quarter where they outscored Hala 18-9 turned a slim 23-22 edge to a comfortable 41-31 advantage.

They stayed ahead 56-46 heading into the fourth period, where they cruised to the final buzzer, enjoying a biggest lead of 16 markers. Maitham Jameel had 17 points for Ahli with four triples, while Davon Jefferson added 13 markers and 12 rebounds.

Subah Hussain added 12 and Hesham Sarhan 11 in the win. Nigel Spikes had 23 to spearhead 23 markers and Ahmed Khalifa scored 10. League action continues on Tuesday next week with Isa Town facing Nuwaidrat and Samaheej playing Al Ettihad. Then, on Wednesday, Muharraq face off with Bahrain Club in that evening’s lone fixture.