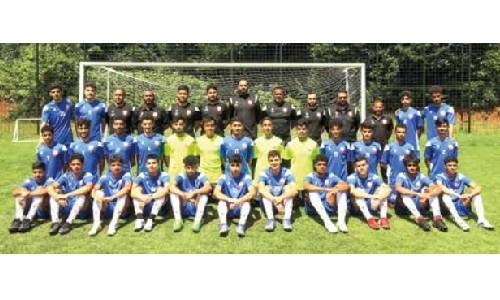 Bahrain’s youth national football team continued their overseas training camp yesterday in Turkey where they are preparing for their upcoming competitions. The under-17s are set to play their final friendly of their camp today against a local club team.

They have already played two warm-ups, the first of which they won and then followed it up with a draw. Among the tournaments the nationals are gearing up for are the qualifiers for the 2023 AFC U-17 Asian Cup.

The Bahrainis are in Group C of the qualification process, the matches of which will be played this October in Muscat. The other teams in their division are the Omanis, Iraq, Qatar and Lebanon. There are 44 nations in this stage of the qualifiers.

They have been divided into 10 groups—four with five teams and six with four teams. In each group, teams will play each other once at a centralised venue. The ten group winners and the five best runners-up will qualify for the final tournament.

There are 28 players in the Bahrain squad in their Turley camp, coached by Bahraini tactician Bader Khalil.