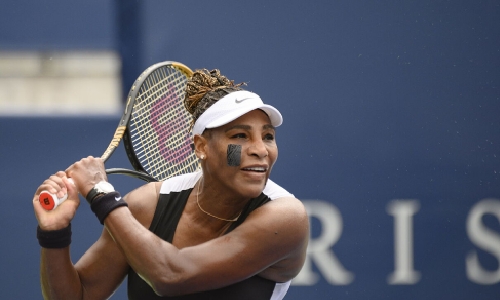 Serena Williams is retiring from tennis. 'It's the hardest thing that I could ever imagine,' the legendary tennis has announced in the latest issue of Vogue.

'I don't want it to be over, but at the same time, I'm ready for what's next The 23 singles Grand Slam title winner said on Tuesday that she is "evolving away from tennis" as she hinted at retiring from the sport she dominated for much of her career.

"I have never liked the word retirement," Williams wrote in a Vogue article. "It doesn't feel like a modern word to me. I've been thinking of this as a transition but I want to be sensitive about how I use that word, which means something very specific and important to a community of people.

"Maybe the best word to describe what I'm up to is evolution. I'm here to tell you that I'm evolving away from tennis, toward other things that are important to me.

"A few years ago I quietly started Serena Ventures, a venture capital firm. Soon after that, I started a family. I want to grow that family."

She revealed in her piece that her retirement is not immediate. She still hopes to play at the US Open in New York later this month.

'Unfortunately, I wasn't ready to win Wimbledon this year,' Williams wrote. 'And I don't know if I will be ready to win New York. But I'm going to try. And the lead-up tournaments will be fun.

"But I'm not looking for some ceremonial, final on-court moment,' she continued. 'I'm terrible at goodbyes, the world's worst. But please know that I am more grateful for you than I can ever express in words. You have carried me to so many wins and so many trophies. I'm going to miss that version of me, that girl who played tennis. And I'm going to miss you."

Sri Lanka raises electricity tariffs by up to 264%