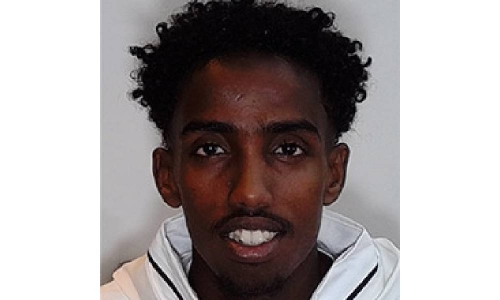 Bahrain’s Hamse Dhabar narrowly missed out on a medal finish yesterday in the men’s 3,000 metres steeplechase final on the concluding evening of the World Athletics U20 Championships 2022, held in Cali, Colombia.

Dhabar finished the hotly contested race in fifth place amongst the 15 participating athletes while clocking a new personal best in the event. He completed the race in a time of eight minutes 44.74 seconds, doing well to claim his classification with a strong finishing kick down the home straight.

Samuel Duguna of Ethiopia won the gold medal in 8:37.92, while countryman Samuel Firewu clinched the silver in 8:39.11. Morocco’s Salaheddine Ben Yazide took home the bronze in 8:40.62, while just ahead of Dhabar was Leonard Chemutai from Uganda in 8:41.03.

With Dhabar’s participation, Bahrain’s national team wrapped up their campaign at the junior world championships. The nationals come away from the six-day meeting with one medal—a bronze won by Yusuf Ali Abbas in the men’s 400 metres.

Bahrain’s athletes had won two gold, three silver and seven bronze medals in the past editions. The golds were claimed by Edidiong Odiong in the women’s 200m at the 2016 meeting in Bydgoszcz, Poland, and Ruth Jebet in the women’s 3,000m steeplechase in 2014 in Eugene, Oregon in the US.

Bahrain was one of 145 nations that participated in this year’s under-20 worlds, which featured more than 1,500 of the best up-and-coming young athletes from across the globe.