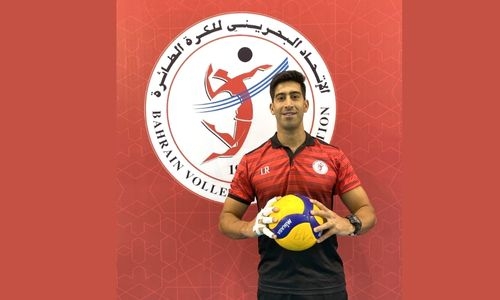 Bahrain are all set to begin their campaign today amongst the continent’s best in the 2022 Asian Volleyball Confederation (AVC) Cup for Men, which gets underway in Nakhon Pathom, Thailand. The Bahrainis are making their debut in the prestigious tournament when they take on Chinese-Taipei at 2pm, Bahrain time. Bahrain have finalised their 14-player line-up for the competition. Head coach Issanaye Ramires from Brazil yesterday attended an official coaches’ meeting that was held leading up to the start of play.

This year’s AVC Cup for Men features 11 of the top senior men’s national teams from all over Asia and Oceania. The nationals are in Pool D for the competition’s preliminary round alongside Chinese Taipei and China. Pool A consists of hosts Thailand, South Korea and Hong Kong; Pool B is composed of Iran and Pakistan; and Pool C includes Japan, Australia and India. Following today’s fixture, the Bahrainis then take on China on Tuesday, also at 2pm.

At the end of the single round-robin in the opening stage, the top two from each pool move on to the main round, where they will once again be divided into two groups, including Pools E and F. The third-ranked sides will go on to Pool G. Game results from the preliminaries will be carried over in the main stage. That will then set up the match-ups for the semi-finals and the concluding classification games. The tournament is set to conclude on August 14 with the gold and bronze medal contests.