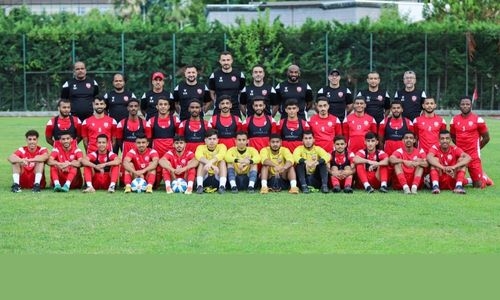 Bahrain’s Olympic football team have their sights set on the qualifiers for the AFC U23 Asian Cup 2024. The Asian Football Confederation (AFC) has announced the dates for the qualification competition, which will be held from September 4 to 12 next year.

The qualifiers will determine the teams that will compete in the tournament finals, which will be held in January of 2024. The AFC U23 Asian Cup is one of the premier continental events for Olympic teams. Bahrain have taken part in the event just once in the past, in 2020 when they did not make it past the group stage. The 2024 tournament will mark the sixth edition.

The last event was played in June of this year in Uzbekistan, and Saudi Arabia were crowned champions among the 16 participating nations. Bahrain did not qualify. The Kingdom’s Olympic football team are currently conducting an overseas training camp in Turkey, under the supervision of Croatian head coach Dario Basic. As part of their camp, the Bahrainis are set to play a friendly match tonight against a Turkish club.

It will be the fifth exhibition game for Bahrain during their stay. They had previously beaten a local Turkish side 9-1, before claiming back-to-back wins against their counterparts from Oman, first a 3-2 decision and then a 1-0 triumph. In their previous friendly, they drew 1-1 with another local club. The camp is scheduled to continue until Saturday, after which the Olympic squad will return to the Kingdom. There is currently a 26-player roster in Turkey.

The Bahrainis are also preparing for other upcoming competitions, aside from the AFC U23 Asian Cup qualifiers.