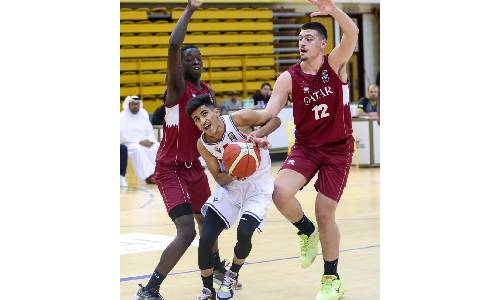 Bahrain suffered a 47-63 defeat to Qatar yesterday in the FIBA Asia U18 Championship-Gulf Basketball Association (GBA) Qualifier, currently being held in Dubai. The Bahrainis kept things close in the opening half, trailing by five, 27-32, heading into the interval.

But their opponents extended their advantage over the final two periods, when the nationals could only manage 10 points in each. It was the first loss for Bahrain in the tournament after beginning their campaign with a 20-point win over the UAE and then a 69-point rout of Oman.

Nasser Al Anzoor was the national team’s lone player in double figures, finishing with 20 points. Abbas Fahad Khalaf added eight in the loss. Mohammed Ndao paced Qatar, who led by as many as 16 points in the contest.

All six GCC nations are participating in the event, including Bahrain, Saudi Arabia, Oman, Kuwait, Qatar and hosts UAE. Following this preliminary stage single round-robin, the top four teams will advance to the semi-finals, which will be held on Friday, where the top seeds will face the fourth ranked squad while the second seeds will play the third. The bronze and gold medal games will then take place on Saturday.