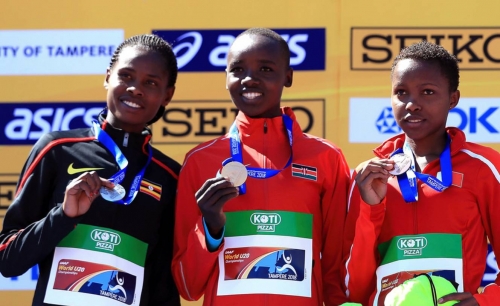 Bahrain have entered a 10-athlete national team for the World Athletics U20 Championships, which is scheduled to get underway today in Cali, Colombia. Bahrain is one of 145 nations participating in the meeting, which is set to feature more than 1,500 of the best up-and-coming young athletes from across the globe.

This is according to the official entry list issued by World Athletics, track and field’s international governing body. Hamid and Abbas will both be competing in two individual events. Hamid will contest the men’s 3,000 metres and men’s 5,000 metres, while Abbas will run in the men’s 200m and men’s 400m.

Girma will compete in the men’s 1,500m, Dhabar will run in the men’s 3,000m steeplechase, Ebrahim in the men’s 100m, and Abdirahman in the men’s 800m. Abbas and Ebrahim are also a part of Bahrain’s 4x400m mixed relay team, along with Djimet, Zenab, Layla and Awtif.

Meanwhile, Zenab will also be running in two individual events, including the women’s 200m and 400m, while Layla will contest the women’s 100m.

A number of Bahrain’s athletes will be in action on the opening day of competition.

Girma will be the first of the Bahrainis to take to the track tonight at 6pm, Bahrain time, in his 1,500m heats. Hamse will then compete in the 3,000m steeplechase heats, starting at 6.32pm, Bahrain time, while at 8pm, Ebrahim will run in the 100m heats.

Hamid will then also run the 3,000m heats early on Thursday morning. Abbas’s heats in the 400m begin tomorrow evening at 6.25pm, Bahrain time, while the 200m heats will be on Wednesday at 7.15pmm, Bahrain time.

For Layla, her heats will also start tomorrow at 8.30pm, Bahrain time. Bahrain last competed in the World Athletics U20 Championships in its 2018 edition in Tampere, Finland, when Winfred Yavi won a bronze medal in the women’s 3,000m steeplechase.