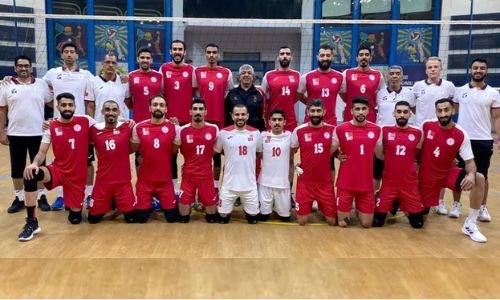 Bahrain’s senior men’s national volleyball team won its first of four friendly matches against their Egyptian counterparts in their ongoing training camp being held in Cairo. The nationals clinched the tune-up contest in straight sets.

Both teams are scheduled to meet once again for another three games, including one today, tomorrow and on Monday. The Bahrainis are in their overseas camp gearing up for their participation in the upcoming third GCC Games.

Bahrain will be looking to clinch their third successive title at the upcoming competition, which will be held in Kuwait starting tomorrow. The volleyball tournament at the event is set to be held in league format. The nationals are scheduled to begin their gold medal bid on May 20 when they take on Saudi Arabia at 3pm.

They then take on the UAE the next day at 5pm, followed by a match against Oman on May 23 at 3pm. The Bahrainis face off with Qatar in their penultimate match on May 24 at 5pm, before playing their last game against hosts Kuwait on May 25 at 7pm.