MMA Super Cup to inject $225,000 in the development of MMA through prize pool | THE DAILY TRIBUNE | KINGDOM OF BAHRAIN 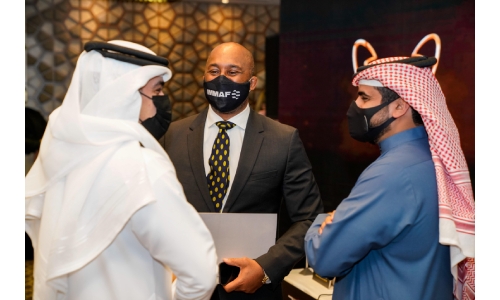 The MMA Super Cup, a single-elimination tournament between the best-ranked nations in amateur MMA, announced this Monday in a press conference in the Kingdom of Bahrain, will inject a total of US $225,000 in the development of the grassroots level of the sport through the largest prize money to be awarded to national federations in Mixed Martial Arts history.

In addition to the unique opportunity to showcase their best talents and test their biggest stars against the greatest amateur fighters in the world, the nations winning gold, silver, and bronze medals will be awarded a prize check each.

The champion nation will take home the very first MMA Super Cup trophy and a US $100,000 prize money.

The runner-ups will take US $75,000 and the winner of the third-place match will be granted US $50,000. On top of rewarding the most prominent nations and their results, the initiative serves as a huge incentive to reinvestment for established federations and a foment to investment and growth to developing nations, with local governments and companies more prone to invest in their national heroes due to the financial and visibility return brought by them.

The first edition of the MMA Supercup will take place between 7 and 12 of March, during the 2022 BRAVE International Combat Week.

The 8-nation tournament will see the top 6 ranked nations in the senior IMMAF ranking plus two wild cards.