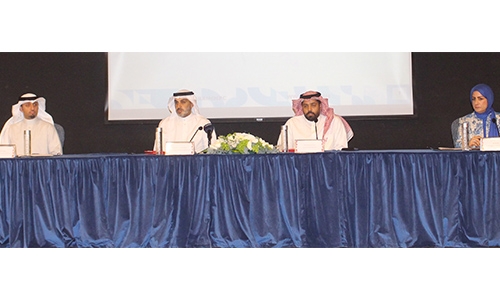 Bahrain will host the 2021 Asian Youth Para Games from November 27 where 750 male and female Para athletes from 29 countries will participate.

President of the Bahrain Paralympic Committee, Shaikh Mohamed bin Duaij Al Khalifa expressed his deep thanks to the organising committees for their hard work in planning this tournament, as well as the great backing and support received by His Majesty, King Hamad bin Isa Al Khalifa in the Kingdom’s abilities to host such events for people with impairments.

The press conference hosted by the Games’ organising committee announced details of the event which will be held from November 27 until December 8.

Shaikh Mohamed bin Duaij Al Khalifa, spoke about the scale of the event, having it considered to be one of the largest sporting games for Para athletes in the Asian continent, as well as the Kingdom of Bahrain.

This will be the first time that the Kingdom will be hosting the Games in their history.

With Para athletes participating from across Asia, under the age of 20, Shaikh Mohamed is confident that the Games will be a successful one, and will surely showcase the Kingdom’s ability to host such large-scale events, as well as shedding light and raising awareness on Paralympic sports.