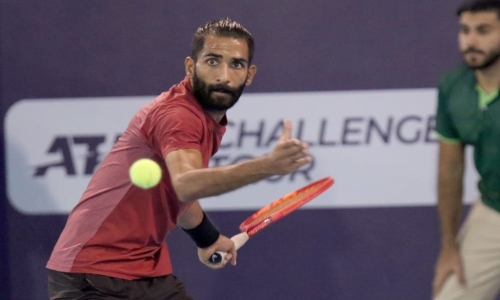 World-Class players from around the world will start their battle for glory today when the Ministry of Interior ATP Tennis Challenger gets underway at the Public Security’s Officers Club in Gudaibiya.

More than 90 entrants from 27 countries are confirmed to compete in this 10-day tournament, organised by the Ministry of Interior’s Public Security Sports Federation and Under the patronage of His Excellency Lieutenant-General Shaikh Rashid bin Abdullah Al Khalifa, Minister of Interior. Organised in Bahrain for the second time, this prestigious event is the largest tennis sporting event hosted by the Kingdom.

It kicks off today with 12 singles and doubles qualifying round matches, where only four players will book their berths in the 80-player final rounds.

Yesterday (Saturday), the players participated in their first training sessions at the tournament courts in preparation for the qualifying matches.

The host country will be banking on their prominent duo of Yousef Qaed and Hassan Abdulreda, who finalised their preparations before making their debut at this ATP Tennis Challenger tour, where the pair hope to make an honourable show amidst the participation of leading players from around the world.

Meanwhile, tournament details were announced at a press conference yesterday at the Officers Club premises, where the facilities conditions were revealed ahead of hosting this world-class tennis event. 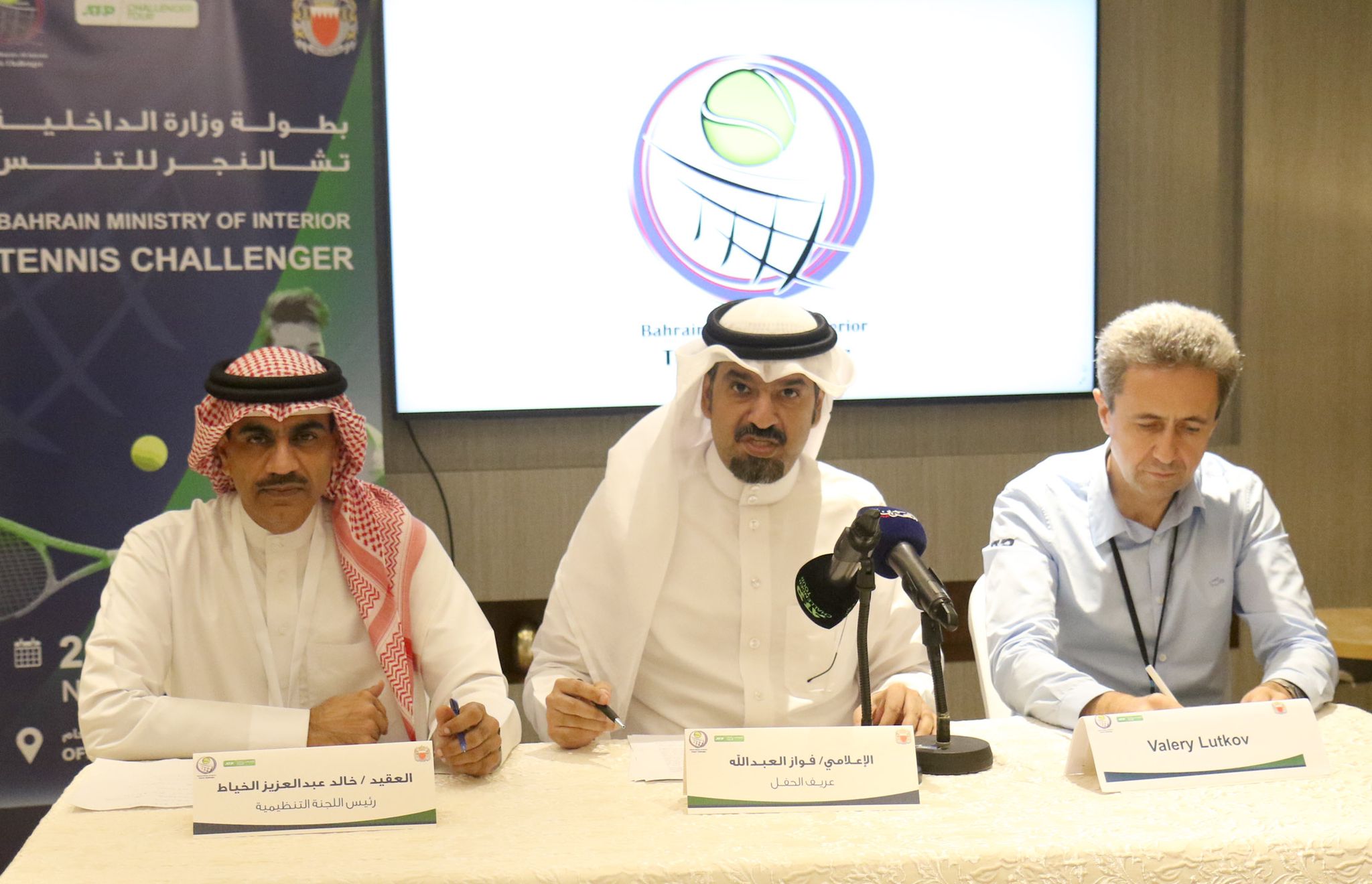 It was attended by the President of the Public Security Sports Association and Chairman of the Organising Committee Colonel Khaled Abdulaziz Al Khayyat, International Tennis Federation representative and tournament supervisor Valery Lutkov of Russia, and tournament director Captain Mohamed Al Sayed. Al Khayyat said he is proud to bring this event back to Bahrain for the second time.

He noted that having national players competing at this edition of the tournament will boost their overall experience and confidence.

On his part, tournament director Al Sayed shared the same thoughts and expressed pleasure for having prominent players from around the world taking part in the Bahrain round of the tour. He confirmed the dates for the semi-finals and finals of the singles and doubles events, which are scheduled for November 27 and 28, respectively.

Hotel and Transports committee chairman Abdulla Al Zuabi said his panel has completed its task well after welcoming all members of the delegations over the past few days and transporting them to the tournament’s official hotel.

He said the committee has already approved the programme for transporting the players to the public security’s officers club and back to the hotel.